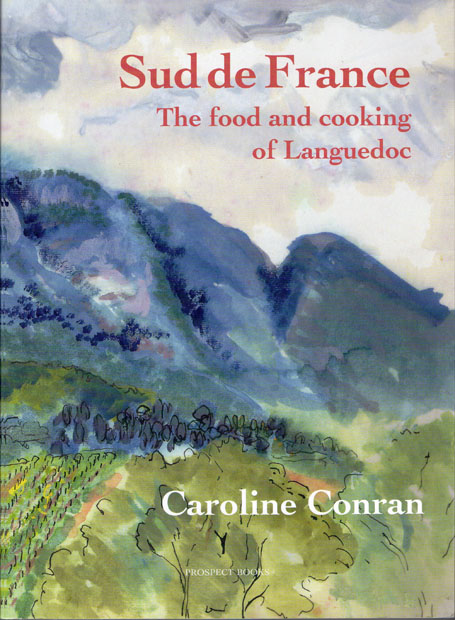 Sud de France is my kind of cookbook.  For a start, it is all about the food and culture of Provence.  OK, it is in fact about the food of the Languedoc, but as Languedoc borders Provence just five minutes away from our house, over the Rhône River at the town of Beaucaire, it shares many culinary and cultural influences with where we live.  Languedoc is considered the less ‘showy’ neighbour of Provence and covers a large area of the South of France from the Spanish border all the way to the Gard.

In the first chapter Caroline Conran covers a good sixty pages on The Taste of the Languedoc, exploring the traditions associated with the food of this region, with sub headings on truffles, garlic, Foie Gras, chestnuts, poultry, beef, snails, game, oysters, seafood, Charcuterie, Camargue rice, wine, cheese and more. 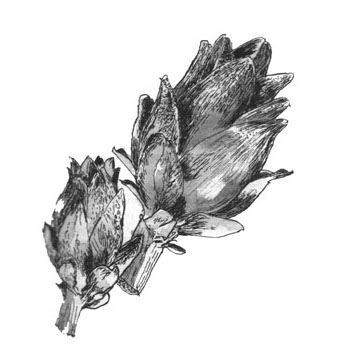 She explores the Catalan influences on the region; Paella is considered a national dish in Provence and is served throughout the summer, particularly in the Camargue with its gardians, or cowboys, where it is often cooked over an open wood fire for special occasions. Salt cod also features in many of the traditional recipes in le sud, and can be found in many local restaurants on a Friday in the dish called Aïoli, which includes salt cod, aïoli (garlic mayonnaise), snails, hardboiled egg, a carrot and a potato (it is an acquired taste for the uninitiated).

To the South Languedoc borders the ocean and there are many dishes prepared with seafood and fish; in particular fish soup, which varies from region to region but traditionally would have included what the fishermen had caught that day and is usually served with aïoli.  Ms Conran gives us three recipes with its local variations, a Catalan Fish Stew (Buillinade), a Bourride from Sète (La bourride à la sètoise) and aFish Soup with Aïoli and Sauce Ardente (Bisquebouille) from the Ermitage Restaurant in Les Angles (across the Rhône from Avignon.

The recipes basically describe rustic peasant dishes, or to use the french word  paysanne’s literal meaning, ‘of the earth’.  The food from this region is always seasonal, locally sourced and often foraged (many is the time I’ve come across people gathering snails, wild leaves, herbs, asparagus and mushrooms on my walks).

There are recipes in the book that  I have only ever seen in traditional French cookbooks or had described to me by the fishmonger or vegetable seller in the market.    The recipes are above all authentic to the region and unlike many of the English language cookbooks that have been written on the area in the past, they have not been adapted for the American or English palate. 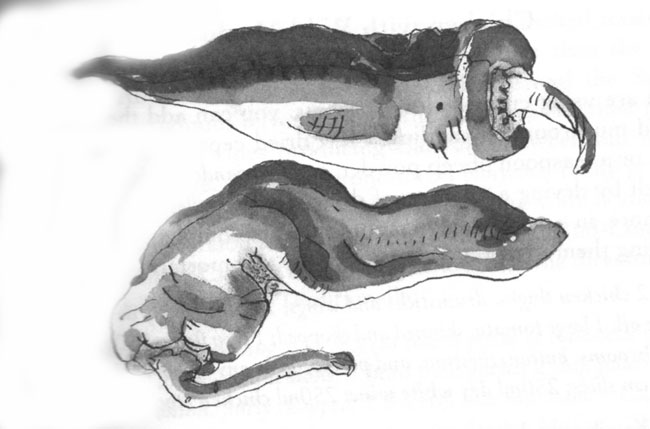 This is not, refreshingly, a glossy book; it reminded me of Elisabeth David’s French Provincial Cooking, with its simple black and white illustrations by Caroline Conran and a brief history and description before each recipe.

The book will be a revelation to anyone not yet familiar with this part of the World, as well as providing fascinating information for those that already are.  I would recommend it as much to those who have no intention of ever lifting a saucepan, but are interested in the origins of food, as those that want to try some authentic Languedoc – Provençal dishes. 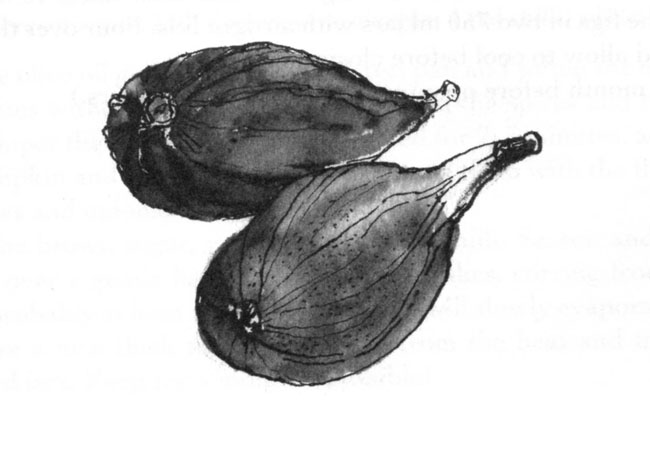 I decided to try one of the recipes, Rancher’s Beef, (gardiane de taureau) which is often served on long tables, under the stars, at the summer fêtes (fairs) held in every town and village in Provence.

I used a 70cl bottle of wine, (rather than a litre as listed in the ingredients) and despite cooking it for four hours in a casserole with a tight fitting lid, there was still plenty of liquid left for the sauce.

The publisher has kindly let me reproduce the recipe for you here.

Cut the beef into large pieces (5cm cubes), place them in a dish and cover with red wine, onions, vinegar, spices, herbs and orange peel and a tablespoon of olive oil. Mix it round and marinate for 24 hours to tenderize and flavour the beef. Drain off the liquid, keeping the marinade for cooking the beef. Pat the meat dry with kitchen paper.
Heat the remaining olive oil in a casserole, coat the meat with flour and brown very thoroughly, in batches, a few pieces at a time, adding a tablespoon of oil after each batch. Pour the marinade over the meat, add the olives and season with a little salt and masses of pepper. Simmer gently for 2-3 hours. If there is too much sauce, remove the lid and simmer for a further 15-20 minutes.
Lake all daubes this one will taste better and better if kept for a day or two (Serves 4).

All drawings by Caroline Conran

Located in the heart of the historic town of Tarascon, at the foot of the Alpilles and on the banks of the River Rhone, this townhouse dating from the 17th century has been fully renovated retaining many of the original features and is available for self catering holiday rental as well as being on END_OF_DOCUMENT_TOKEN_TO_BE_REPLACED