Chard is very popular in Provence and can be found in the markets, almost the year round.   Though similar tasting to spinach, it is unrelated and belongs to the same family as beetroot and sugar beet.  It is rich in calcium and iron as well as vitemine C and B9, so very good for you!   I particularly like the rainbow or ruby chard as it looks so pretty. 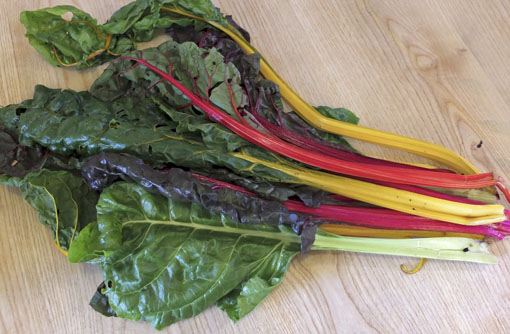 The secret to cooking chard, is to cook the stalks separately from the leaves, as they take longer to cook.  The French typically use it for Tourte de Blette, which is a sweet tart that derives from Nice and is cooked with pine nuts, brandy and raisons.  David Lebevitz has a version of it here.  However, if the notion of a sweet tart is not up your alley, then a savoury tart, Tourte de Blette Salées,  is the way to go.

Caroline Conran, in her book, Sud de France, has a recipe for Tarte de brousse aux blettes using goat’s curd cheese, a delicacy of the region, mixed with cream, eggs and milk.  However if you don’t live near a goat farm, and are not able to readily source goat’s curd,  you can substitute this with fromage frais or ricotta.

I decided to make a chard tart using cream cheese and feta and, inspired by Ottolenghi’s Sweet chard and herb tart with young cheese, topped it with courgette flowers which are readily available in the markets in France during the summer.

Make the pastry, as Elizabeth David would say, “in the usual manner”, or do as the French do and buy it pre-made.

Preheat the oven to 200 ºC and blind bake the pastry (line the pastry with greaseproof paper and ceramic or other beans to stop the sides from collapsing)  for 15 – 30 mins until the edges turn golden.

Wash the chard and cut the leaves from the stalks. 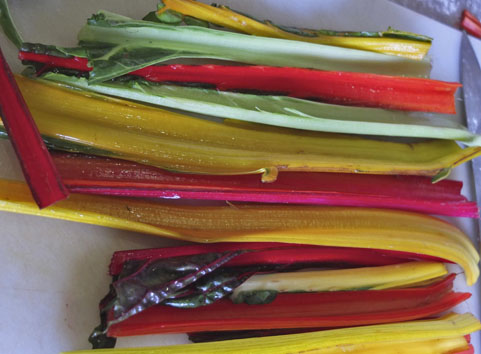 Heat the oil in a pan and add the onion.  When the onion becomes translucent add the sliced or chopped garlic.

Chop the chard stalks quite finely and add to the onion and garlic and cook for five or ten minutes until translucent. 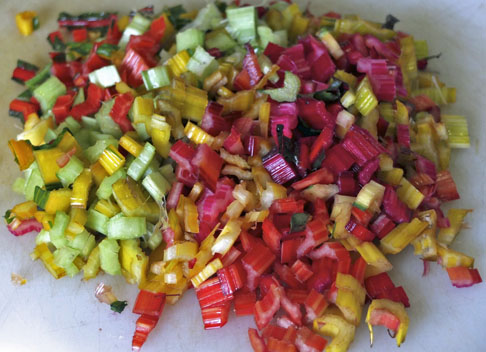 Chop the chard leaves and add to the pan.  Add a pinch of salt and a few grinds of pepper, but don’t over-salt as the feta is salty 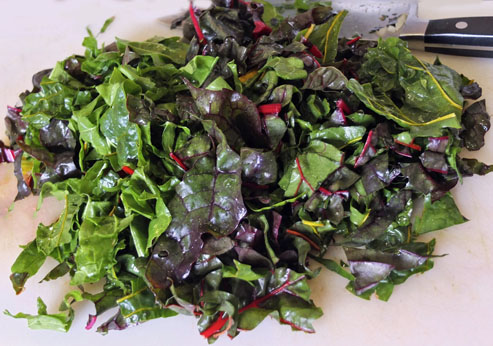 Stir until the leaves have wilted and cooked down and then strain everything (you can save the liquid to add to a soup later).

Allow to cool slightly and add the cream cheese.

Fill the pastry shell with the chard and cream cheese mixture.

Cut the feta into cubes and add to the chard and cream cheese.

Whisk the eggs with the milk, add a pinch of salt and a few grinds of pepper and pour over everything.

Slice the courgette flowers and remove their stamen. 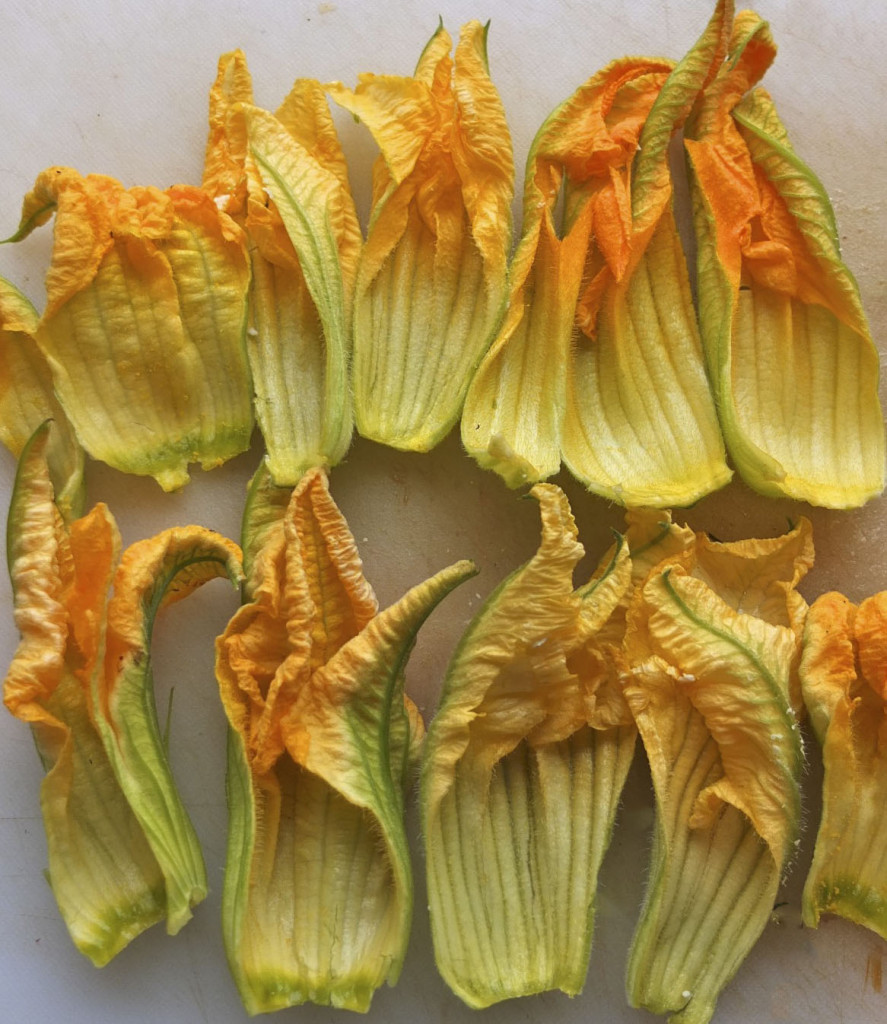 Place the courgette flowers on top of the tart. 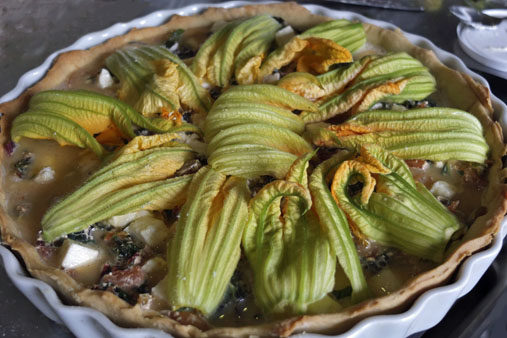 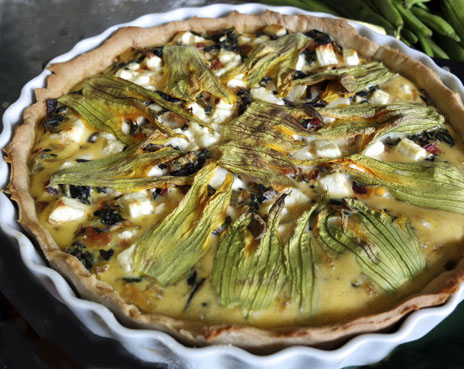 How do you like to eat chard?  Do you think it will become the new kale? Leave a comment below.  Merci.

Located in the heart of the historic town of Tarascon, at the foot of the Alpilles and on the banks of the River Rhone, this townhouse dating from the 17th century has been fully renovated retaining many of the original features and is available for self catering holiday rental as well as being on END_OF_DOCUMENT_TOKEN_TO_BE_REPLACED