Since spending more time in the UK, The Artist and I have started a monthly ‘mystery tour’, where one of us organises something, without telling the other what it is.  My ‘tour’ took us to an Italian restaurant, Guiseppe’s Gourmet which is in the club house of The Bristol and Gloucestershire Gliding Club in the small village of Nympsfield above Stroud.  You can enjoy the authentic cuisine of Italy (Giuseppe Silipo, the chef, is originally from Calabria) whilst watching gliders landing and taking off in the field in front of you (Contact 0777 230 5636, booking is advisable).

Yesterday it was the Artist’s turn.  The suspense was slightly dented when, driving to his mother’s house in Bath, one of  my twitter friends sent a tweet welcoming Ottolenghi to Bath.  My suspicions were then later confirmed when, after arriving, I saw a copy of The Great Bath Feast 2012 brochure on my mother in law’s table, announcing a talk and cooking demonstration by Yotam Ottolenghi and Sami Tamimi as part of the Toppings Autumn Book Fair.  However, my excitement wasn’t in any way dampened, especially as on the way to the event in a taxi, The Artist presented me with their new book Jerusalem.

The fact that the talk took place in a church and the cooking demonstration on a trestle table in front of the alter will not be lost on anyone who has a copy of one of their books or eaten in their restaurants in London.

Every now and then someone comes along with a very individual style and voice which changes the nature of food served at dinner tables around the World.  Yotam Ottolenghi’s last book Plenty did just that and made him into the high priest of cooking that he is and us into the hungry congregation, stocking our cupboards with bottles of pomegranate and date syrup, preserved lemons, sumac and za’tar.

During the duo’s presentation, they cooked one of the meals from Jerusalem whilst talking about their influences and answering questions from the audience.

Here are some of the questions and answers that I have paraphrased.

Who has influenced your cooking?

What should you do if you can’t find the specific ingredients?

Y and S: Don’t panic.  Cooking should be a joy and the recipes used as a guide, do not get fanatical about every detail.

What are the ingredients you can’t find in London.

Y and S: Most Middle Eastern ingredients are now available in supermarkets across the country.  If not they can be bought by mail order (http://webstore.ottolenghi.co.uk/) or else in small specialty stores (Turkish, Lebanese etc) around London.  The one ingredient that we haven’t been able to find is a good lemon geranium water.

So if anyone knows of a source, please get in touch with them.

What is your favourite national food?

Y: Malaysian cooking as it combines the best dishes from around the World.

What is your dessert island spice?

Y: At the moment I am enjoying Cardamom.  Cardamon is used a lot in Jerusalem and is often added to coffee beans to create a fragrant and aromatic cuppa.

What do you cook when you are at home?

Y: If I have time, a quick seafood pasta using tomatoes and seafood and some tinned fish.

How do your three books differ from one another?

Y and S: Ottolenghi has recipes from the restaurant.

Jerusalem, has recipes inspired by the flavours and spirit of the city, along with the very best traditional dishes.

What is the dish that most characterises you?

Y and S: Hummus.  It is eaten everywhere in the Middle East and is a far cry from the tubs people in the West buy from the supermarket and eat cold as a dip or on a cracker.  Hummus is a dish in itself, central to a meal, to which other things are added.  You shouldn’t add olive oil, as the tahini paste is rich enough without it and adding ice cold water makes it light and fluffy.

Yotam and Sami grew up in Jerusalem a few miles away from each other, Yotam in the Jewish West Side and Sami in the Arab East Side.  They met in London in 1999 working in the same restaurant, something that would not have been possible in their home town.  However symbolic their union is (they are business partners in the restaurants and wrote Ottolenghi and Jerusalem together) they are keen to point out that they are not trying to make a political statement with this book, but rather to impart their love and joy of the city they both come from. 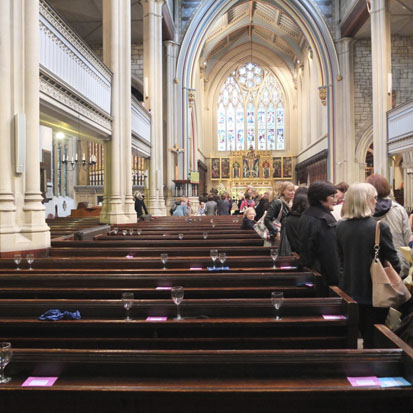 This is a very beautiful book in every way.  The recipe for hummus alone makes it worth buying, not to mention the many photos taken on the streets of Jerusalem along with the vivid colours of the fresh ingredients used in the many mouthwatering dishes.

Located in the heart of the historic town of Tarascon, at the foot of the Alpilles and on the banks of the River Rhone, this townhouse dating from the 17th century has been fully renovated retaining many of the original features and is available for self catering holiday rental as well as being on END_OF_DOCUMENT_TOKEN_TO_BE_REPLACED